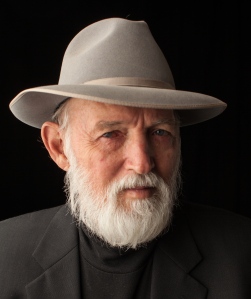 CHARLES ENTREKIN’S most recently published works include The Berkeley Poet’s Cooperative: A History of the Times (Hip Pocket Press 2013), a collection of essays and poetry; a novel, Red Mountain, Birmingham, Alabama, 1965 (El Leon Literary Arts 2008); and Listening: New and Selected Works (Poetic Matrix Press 2010) and he is the author of four books of poems and stories. Charles was a founder and managing editor of The Berkeley Poets Cooperative and The Berkeley Poets Workshop & Press, and was a co-founder/advisory board member of Literature Alive!, a non-profit organization in Nevada County, California.  He is co-editor of the e-zine Sisyphus, a magazine of literature, philosophy and culture, and managing editor of Hip Pocket Press. Charles is the father of five children and lives in the San Francisco Bay Area with his wife, poet Gail Rudd Entrekin.